Coronation of king petar I 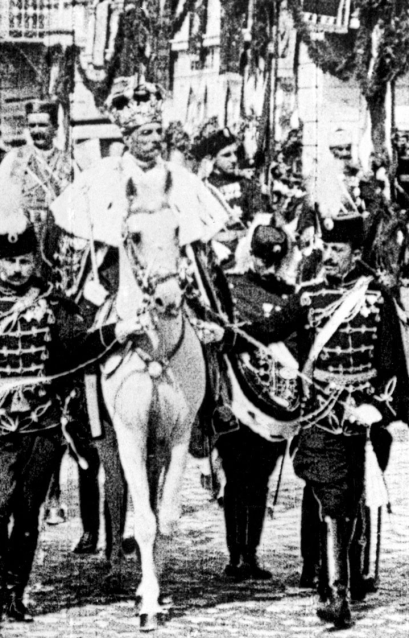 In June 1903 (actually 29 May at the time, as Serbia was still following the old Julian Calendar), King Alexander Obrenovich and his wife Queen Draga Mashin were assassinated in Belgrade.  The throne passed to the Karadyordyevic dynasty, and the new king, Peter I Karadyordyevic, was crowned in September 1904, more than a year after the coup d’état. Belgrade invited foreign guests to the coronation, but no European court (except Montenegro) sent representatives, as Serbia was under sanctions because of the 1903 killing of the royal family. But the coronation festivities in Belgrade were attended by delegations from all parts of the Kingdom of Serbia, as well as many private guests from abroad."